Why Think About Cancer?

Cancer can occur at any time regardless of lifestyle, yet too many people lack cancer insurance coverage to help pay for additional costs associated with treatment.

While cancer survival rates have dramatically increased thanks to modern medical treatment, these treatments are expensive, and together with other related costs can create a serious financial impact. Will you be able to afford care if cancer touches someone in your family?

Chances are you or someone you love will be affected by cancer at some point in your life. The National Cancer Institute estimates that approximately 11.1 million Americans with a history of cancer were alive in January 2005. Some of these individuals were cancer-free, while others still had evidence of cancer and may have been undergoing treatment. (American Cancer Society. Cancer Facts & Figures 2009, page 1.)

Who can get cancer?

The American Cancer Society estimates that in 2009 about 169,000 cancer deaths are expected to be caused by tobacco use. Scientific evidence suggests that about one-third of the 562,340 cancer deaths expected to occur in 2009 will be related to overweight or obesity, physical inactivity, and poor nutrition and thus could also be prevented… In addition, many of the more than 1 million skin cancers that are expected to be diagnosed in 2009 could be prevented by protection from the sun’s rays and avoiding indoor tanning. (American Cancer Society. Cancer Facts & Figures 2009, page 1.) 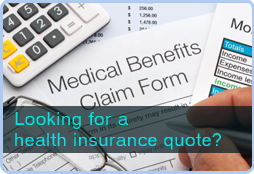